All of our Flight Vehicles are launched from the Starfire Space Cannon. The Starfire Sapce cannon is an 8” bore by 45 foot long multi-chambered artillery piece that has been custom designed to fire payloads into space. 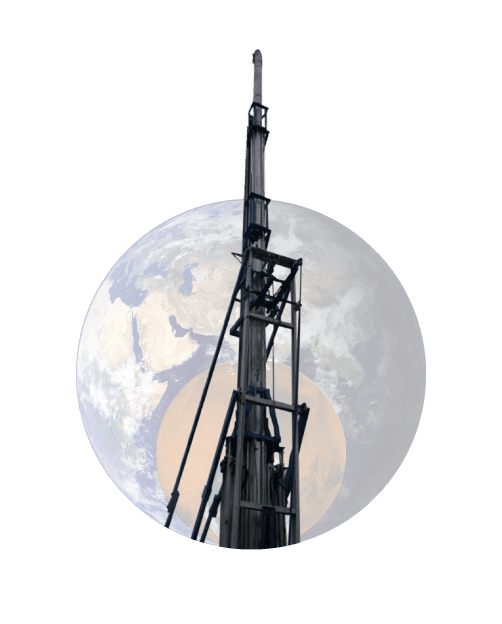 The problem with a conventional cannon as a space launcher is that it has one big propellant charge and when that charge is fired it produces a very high pressure spike, often 50,000 to 60,000 PSI which drops off rapidly as the projectile travels down the bore.

These high pressures place high G loadings on a payload, often tens of thousands if not hundreds of thousands of G’s. Now, launching at high G’s may be OK for simple payloads such as fuel or construction materials but it is not much good for launching payloads that are useful for the average person.

The Starfire Space Cannon, on the other hand, breaks the propellant charge down into a number of smaller increments. These increments are ignited sequentially as the vehicle travels down the bore. This gives you much lower pressures and much lower G loadings.

One interesting aspect of this technology is that the longer the barrel the more efficient the system becomes. The Starfire Space Cannon has been limited to 45’ only because of the need to keep it road mobile, but with this technology a barrel twice or even three times as long would be even more efficient.

Starfire is developing a series of flight vehicles to be launched from the Starfire space cannon.

The Dragonfly will be an advanced flight vehicle capable of placing small satellites into earth’s orbit.

We are currently pursuing a development plan in 5 phases.

Keep watching this space for updates

Help Us Get Off the Ground